The monument includes Hadrian’s Wall and vallum and their associated features between the field boundary west of Carvoran Roman fort in the east and the west side of the B6318 road in the west. All the upstanding remains of Hadrian’ Wall in this scheduling are Listed Grade I. Hadrian’s Wall survives as a buried feature throughout most of this section with few remains visible above ground. Traces of it are visible at the east end of this section where it survives as a low spread mound with a maximum height of 0.3m. At the west end of the section between the railway line and the B6318 its course is marked by a robber trench. Elsewhere its remains are masked by the sediments of the floodplain. The ditch survives well in this section as an earthwork visible on the ground except for the section across the flood plain where a low ploughed down mound occupies the line of the silted ditch. Where extant the ditch measures up to 3.5m deep at the east end and 1.6m deep at the west end. The upcast mound from the ditch, known as the glacis, survives well at the east end of this section as a broad, low turf covered mound to the north of the ditch. Elsewhere its remains are not visible. The exact location of turret 46a has not yet been confirmed. However, on the basis of the usual spacing it is expected to be situated in the garden to the south west of Holmhead on the east bank of the Tipalt Burn. The turret remains will survive as buried features below the garden and are included in the scheduling. The exact course of the Roman road known as the Military Way, which ran along the corridor between the Wall and vallum linking turrets, milecastles and forts, has not yet been confirmed in this section. Its predicted course is shown on the current Ordnance Survey map. The vallum survives as an earthwork visible on the ground at the east end of this section. The ditch has a maximum depth of 2.5m, but due to silting is on average 1m deep. The north and south mounds have been ploughed down and now average 0.3m high. Mound crossings are visible along this length. Elsewhere there is no trace above ground of the vallum on the steep ascent from the Tipalt Valley or across the flood plain. A slight depression marks the line of the vallum ditch between the railway and the B6318 road north of the Thirlwall View terrace of houses. All field and property boundaries, except those constructed directly on the line of Hadrian’s Wall, buildings and road surfaces are excluded from the scheduling, but the ground beneath these features is included.

Analysis shows that the Vellum and Wall seems to terminate when it meets a Dolerite Quarry, which the Vallum takes a strange kink route not seen in any other part of this structure 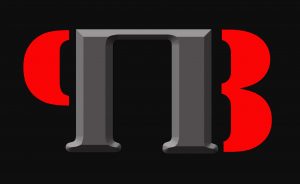