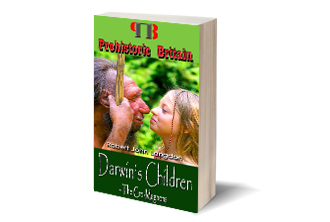 The Ascent of the Cro-Magnons

Long, long ago, man (Homo Sapiens) walked out of Africa into the middle east on a journey that would eventually take them to the moon. However, this ‘voyage’ is not as straightforward as the anthropologists and archaeologists would have you believe. On this incredible journey, not all of mankind would walk the same path to the industrialisation and technology that we would consider natural evolution today. On this journey to humanity’s destiny, there were casualties within societies that fell behind, as they failed to adapt to the rigours of the changes that created our modern society. (The Cro-Magnons)

Initially, anthropologists believed that our ancestral journey started 100,000 years ago when Homo Sapiens (Mankind) ventured ‘Out of Africa’ to eventually inhabit the entire earth’s surface through ‘natural migration’. However, the dates of these migrations have altered drastically in recent years with the introduction of ‘archaeogenetics’. This science was introduced in the 1990s and allowed us to look deep into our DNA to find genealogical connections and linkages, which can be joined together with Palaeolithic archaeological findings that indicate that this single migration theory is now incorrect or misunderstood.

We currently believe that there were as many as three migrations of ‘Humanoids’ – from the ‘Homo’ family, who left Africa, which is commonly termed as the ‘cradle of humanity’. The first migration was about 1.75 million years ago, when Homo Erectus left East Africa, spread wide for over a million years, and found as far away as China and South America. Homo Erectus was primitive in many aspects compared to the later migration species such as Homo Sapiens, but it represented a benchmark of change to a recognisable humanoid from his extraordinary ape origins. Erectus brain size was much larger, with a face including projecting nasal bones, small teeth, a human-like posture for the skull and a body frame of human proportions. Unfortunately, Erectus disappeared at the time of second migration; whether this disappearance is a connection or a coincidence is unclear at present (as the fossil record is scant). Still, as we will see, this may not be the only time that a humanoid species disappears quite mysteriously after an African migration.

The Second migration happened at a somewhat closer date of around 500,000 years ago when Homo Neanderthal left Africa and moved north into Western Asia. Neanderthals had an elongated superior pubic and rounder femora and ramus bones (in the Pelvic region) like Erectus. A larger brain volume like ours; a high and arched temporal bone (in the skull); reduced interorbital breadth (distance between the eyes); reduced total facial projection (front profile); a lightly built tympanic (middle ear bone) and in many Neanderthals, simplification and shrinkage of tooth crowns like ourselves and weak or absent iliac pillar (in the hip).

There were more distinctive features than Erectus such as body shape, rib cage and limb proportions, but the clearest difference was in the skull; double-arched but small occipital torus with centre pit (the suprainiac fossa at the back of the skull); a spherical vault shape in rear view; distinctive shape of the semi-circular canals of the inner ear; strong mid-facial projection and cheekbones that are inflated and retreat at the sides; a high, wide and projecting nose, large and near circular orbits; a high but relatively narrow face and enlarged front teeth (incisors), which are hollow in the inside surfaces of the upper centrals, but most distinctive than all was the strong brow ridge.

Neanderthals were separated as a species for 700,000 years from Sapiens and a million years from Erectus. Similarly, Coyotes and Wolves have been isolated for about 1 million years and far more generations. Interestingly, they can still produce fertile offspring by ‘interbreeding’; similar findings existed between lions and tigers that can interbreed even after 5 million years of separation. These examples clearly show that Sapiens and Neanderthals and even Erectus were capable of interbreeding when given the right circumstances.

I have mentioned interbreeding because any discussion of our evolution has to explain how these humanoid cousins come into being. Most people have heard of Darwin and his famous book ‘On the Origins of Species’ – but few have gone on to understand what he was trying to tell us within this famous book. Most online encyclopaedias will tell you that: “Darwin’s book introduced the scientific theory that populations evolve throughout generations through a process of natural selection. It presented a body of evidence that the diversity of life arose by common descent through a branching pattern of evolution. Darwin included evidence that he had gathered on the Beagle expedition in the 1830s and his subsequent findings from research, correspondence, and experimentation.” All very nice but missing the main point of Evolution.

So what is ‘natural selection’ or, as some put it ‘survival of the fittest’?

Quite simply, it’s the ‘mutation’ of the species. The classic case is a giraffe’s neck, which started history as being no bigger than a horse’s neck.  The giraffe’s neck does not get longer over time; it’s fixed in length, but an off-spring that has genetically mutated may have a neck an inch or two longer than one of their siblings. Therefore, this sibling will be able to feed more successfully as they will have access to the higher food sources – and this is what is meant by the term ‘survival of the fittest’. Consequently, when this sibling mates, the genetic probability is that at least one if not more of its children will have the same neck size and so through inbreeding (with giraffes with this larger neck size over the course of time) the longer necked giraffe will now become the norm for this genetic branch of the giraffe’s family tree and will be better adapted to surviving in times of shortage. This mutational process continues for hundreds of generations until the giraffe’s neck is the size we see today.

It is thought that six million years ago, this kind of mutation created the first humanoid (Homo) as a branch of the primate tree. Moreover, we need to understand that this mutation of the species is ‘ongoing’ and from this humanoid genetic tree created Homo Erectus, Homo Neanderthal and us Homo Sapiens. This is not an exclusive club as there will be many ‘sub-species’ of humanoids as these cousins can effectively interbreed, producing other kinds of humanoids currently being found in the fossil records, confusing Anthropologists because of their diversity.

When Sapiens left Africa, they had two distinctive routes they could have taken. The best and fastest route would have been over the Red Sea to the Middle East, yet the archaeological evidence shows that they took the ‘foot route’ through present Egypt into Palestine. This was the same route taken by the two former Homo migrations by Erectus and Neanderthal, as both species have now been found in this area through the archaeological record, which leads us to conclude that these first two humanoid species were unwilling or unable to swim and so were utterly land-based.

It is an interesting and relevant fact that most native Africans are poor swimmers, which is surprising for people who are surrounded by lakes and rivers. A little-known fact is that non-Africans have an extra layer of fat in their skin, known as ‘subcutaneous tissue’, as do most aquatic mammals – this difference in the body type can best be seen in the death rates from drowning, where African people are twice as likely to drown than white people, even in swimming modern pools.

Where did Homo Sapiens get the ability to swim and use boats in our evolutionary history?

Geneticists have concluded that Sapiens final journey, ‘Out of Africa’ was about 50,000 years ago. However, over the past decade, a significant debate has ensued over whether humanity evolved and then moved on this last migration from Africa to conquer the World. During this migration, humanity accidentally interbred with their ‘archaic’ cousins (Neanderthals), who eventually died out. As a consequence of this lack of agreement of these two scientific theories, a ‘multi-regional model’ has been put forward to explain the discrepancy within our human evolution. This claim suggests that when the first humanoids (Erectus and Neanderthal) left Africa in the first and second waves, the third wave (Sapiens) interbred with BOTH Neanderthals and Erectus; therefore, independent pockets of humanoids evolved in Africa, Europe and Asia. While traditionalists still suggest that there was no interbreeding and that superiorly adapted, Sapiens just replaced the archaic ancestors as they could gain access to the available food stocks more quickly as they were more adaptable and intelligent.

There is a general agreement that Erectus evolved in Africa and gradually expanded to Eurasia, beginning about 1.75 million years ago. Then, about 500,000 years ago, several species of hominids populated the earth. The primary linkage in our family tree was Sapiens in Africa, Erectus in Southeast Asia and China and Neanderthals in Central Europe. But for reasons unknown, by around 30,000 years ago, the only surviving hominids were Sapiens.

This was a short extract from the Short Book ‘DARWIN’S CHILDREN‘ which is sample chapter from the book ‘DAWN OF THE LOST CIVILISATION‘ both Available on Amazon (click link) at a new LOW PRICE of £3.95. For further information about our work on Prehistoric Britain visit our WEBSITE or VIDEO CHANNEL. 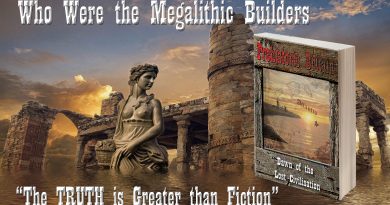 Dawn of the Lost Civilisation 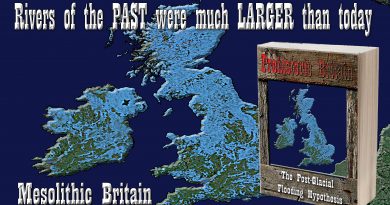