Last night I experienced yet another painful TV viewing of archaeology in the 21st Century (Ancient Secrets of Althorp) about Charles Spencer’s attempt to find a Medieval Village in his grounds at Althorp House in Northamptonshire.

Well, in a ‘nut shell’, they didn’t find it – but they think they did find a ’round house’ but only uncovered a quarter of the structure and a linear earthwork dated as Neolithic. What I found most ‘disturbing’ was the conclusion by ex-time team member and professor of Archaeology Mark Horton, who concluded that is a feature not only went on for “kilometres” (but found only 150m) that it also “enclosed” the hill it went over, as it was a massive “Neolithic Monument.”

So the 150m linear earthwork with ditch and bank went on for miles, but at the same time was part of a massive monument – well, that is clear as mud then?

Sadly, this was not the end of this fabrication of evidence found as the programme suggested that the ditch (which we were not given full details of size, volume or working hours needed to complete) was only partially excavated – yet from the structure they concluded it was a ceremonial ditch (whatever that is??) was dug to keep in ‘livestock’ – but no animal bones found in the ditch to support this weird hypothesis?

Clearly, the 3,000 working hours needed to make this ditch (my estimation of a 150m x 2m deep by 3m wide ditch) was dug in preference to a ‘wooden fence’ which would have taken less than 200 hours of work and is the prefered method of farmers since the Romans, was prefered as digging ditches was the needed ‘ceremonial’ construction of “an elaborate ritual monument”. This surely pleased Earl Spenser as he had to pay himself for the excavation and flogged this nonsense to channel 4 as a documentary to recoup the cash!!

What they really found

LiDAR map of the area shows a series of Quarries on top of the hilly regions. The programme dated their ‘linear ditch’ as Neolithic, which is of interest as the shorelines of the Neolithic Period would have filled the natural dry river valley which Althorp is sited currently. LiDAR shows by the ditch found by the programme are massive ‘other’ trenches going uphill to a quarry, which this smaller ditch seems to branch off this more prominent feature.

So far from being a ‘ritual monument,’ it was a ‘Dyke’ cut from the valley’s shoreline up to a quarry – an efficient use and would warrant the 3,000 working hours needed to cut it. Moreover, this can be seen on the other river valley site to a second quarry – what a coincidence?

Sadly, all this programme shows is the complete and utter nonsense current archaeology has become, with these delusional ideas of ‘ritual’ and ‘ceremonial’ practices used to identify practical engineering projects used for trade, as such basic practical ideas of the past have been lost by so-called experts who look for mythological excuses rather than a scientific methodology for answers – it’s all part of the post-truth era we currently reside?

For more information on Prehistoric Britain and its true history see our website or Video Channel. 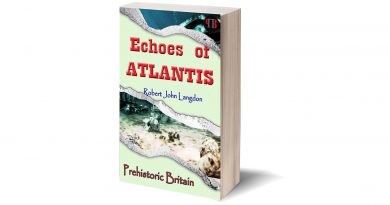 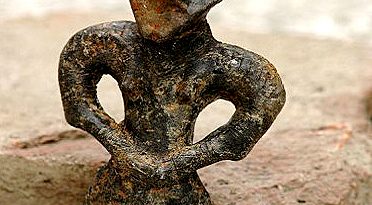 The First European Smelted Bronzes made by 4500 BCE